Why Bitcoin Was Created

After the 2008 economic crash, people started to realize that the world’s financial systems are broken. The US dollar goes down in value every year. The centralized banking systems put people at the mercy of their high fees and antiquated processes. Trust in the systems of the world, be they political or financial, continue to be at an all-time low. When Satoshi Nakomoto released the now infamous Bitcoin whitepaper in October 2008, he proposed a new form of currency that could be decentralized, meaning no one had control over it, no banks or governments. It would be peer-to-peer, meaning anyone could send money quickly and easily without incurring ridiculous fees. It would be anonymous, meaning no one could stick their nose into your personal business. And it would be trustworthy, meaning the ledger created by the blockchain technology that Bitcoin was built on would be secure and without error.

Here is a quick overview of the important price changes for Bitcoin.

How To Buy Bitcoin

Here are a few tips for purchasing Bitcoin. 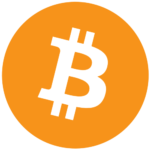